The e-Flora of South Africa (e-Flora SA) project was initiated to produce an online, open-access Flora in response to a global effort to conserve our plant biodiversity.

South Africa is popular for its rich flora, containing an estimated 8% of the 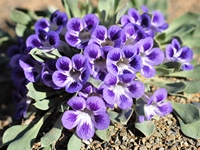 world’s vascular plants, three global biodiversity hotspots and approximately 21,000 species. The Cape Floristic Region (CFR) is particularly interesting because of its diversity and large number of endemic species. This biome is recognised as one of the six floral kingdoms of the world.

In order to conserve biodiversity, it is important to have a fundamental knowledge of what that biodiversity consists of. This information is often documented in the form of a Flora, which is an inventory of all known species in a specific geographic region. Basic elements contained in a Flora include scientific names, descriptions, distribution information and some form of identification tool, e.g. diagnostic characters, keys, images or illustrations.

The e-Flora SA will be an electronic source of all known species in the country, accompanied by taxonomic information, built on sound research obtained from published information.

The e-Flora of South Africa project will include floristic information for all plant taxa within the country.

Reason for our project/programme

The current state of natural resources is under pressure as a result of degradation and over exploitation which poses a risk to the wellbeing of all humans. People are dependent on plants as a source of natural products such as food, medicine and services (e.g. carbon sequestration, recycling of waste products, purification of water and air, decreased flood damage, etc.). 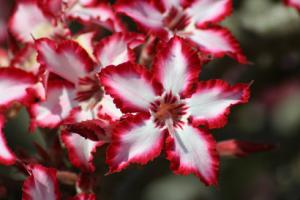 There is a global urgency to manage our resources responsibly in order to secure a sustainable society. A Global Strategy for Plant Conservation (GSPC) 2011-2020 was established to promote conservation through determining what the plant diversity consists of and making information about the plants easily accessible. Target 1 of the GSPC specifically states that a global Flora should be constructed and published online. As a result, the World Flora Online initiative was launched. This is an enormous task with approximately ± 400,000 known species in the world. To achieve this, several countries and institutions have to participate in this major event. South Africa agreed to take part and SANBI was appointed as the national co-ordinator of the project.

Through achieving these goals, South Africa will be able to keep to its international obligations and commitments made to the United Nations (Millennium Development Goal 7, to ensure environmental sustainability), the Convention on Biological Diversity (Aichi Target 12, conserving threatened species; Aichi Target 19, building a knowledge base of the country’s biodiversity and share the knowledge with the global community) and the GSPC 2011-2020.

The timeframe of the GSPC does not leave opportunity to create treatments from scratch but rather to aggregate existing information. This involves three major steps: 1) Acquiring permission from publishers and authors to re-use published information; 2) digitising hardcopy literature and 3) harvesting the relevant bits of information from these publications. Taxonomic data will be taken from various sources including revisions, monographs and Flora-type treatments such as:

Initially the website will include one short description for every species but will gradually grow to become more comprehensive. The Web also offers the opportunity to present a visually stimulating product and therefore images and distribution maps will be included.

There is an opportunity for any taxonomist to participate in this project. Authors of taxonomic publications can give SANBI permission to include information from published sources. Furthermore, taxonomists are urged to work on genera that are included in the priority list, identified through the Biosystematics Research Strategy 2013. The original source will be attributed and participation in the project will provide an opportunity to broaden exposure of researchers’ taxonomic work to the national and international arena, which could potentially lead to improved citations.

Volunteers with a basic knowledge in Botany can also become involved in the data harvesting process (converting taxonomic information into a format that can easily be ingested into the database using Word).

Any interested party can contact the e-Flora Co-ordinator to find out more about what needs to be done, how to get involved and how to contribute.

The e-Flora SA project was initiated in March 2013 and the e-Flora policy was approved in April 2014.