In terms of Section 61 of the National Environmental Management: Biodiversity Act, 2004 (Act No. 10 of 2004) (NEMBA), the Scientific Authority is required to make non-detriment findings on the impact of actions relating to the international trade in specimens of threatened or protected species and species included in the Appendices to the Convention on International Trade in Endangered Species of Wild Fauna and Flora (CITES).

In terms of Articles III and IV of CITES, an export permit for a specimen of an Appendix I or Appendix II species shall only be granted when the Scientific Authority of the State of export has advised that export will not be detrimental to the survival of that species.

The Scientific Authority of South Africa uses the CITES NDF checklist to make non-detriment findings, the output of which is a radar chart visually representing the risk that trade poses to a species (as in the examples below – the more red visible, the higher the risk). Factors considered include the biological characteristics of the species and its national status (distribution, abundance, trends and threats), as well as factors relating to management such as harvest control and monitoring, protection of the species from harvest, and incentives and benefits arising from harvest.

Ultimately the vulnerability of a species is assessed in relation to how well the species is managed (as in the examples below). Trade can be considered for species at a low-moderate risk, whereas trade is not advisable for species at a moderate-high risk. 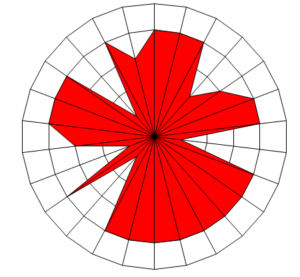 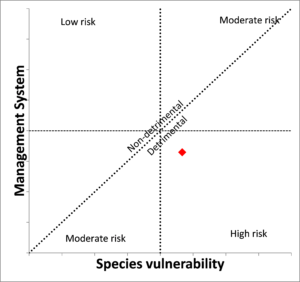 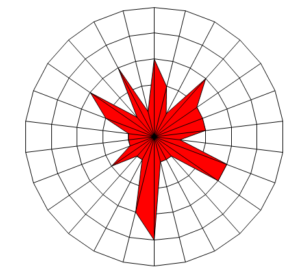 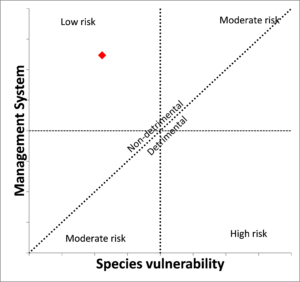 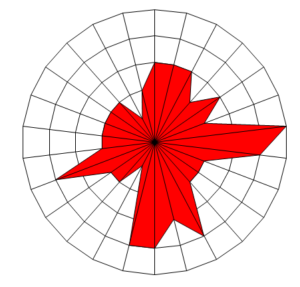 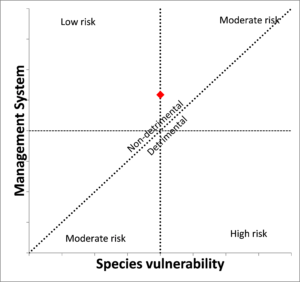 To date, 29 national level non-detriment findings have been approved by the Scientific Authority. Download summary findings.