Natural resources and functioning ecosystems are the basis of life, economic activity and human well-being. South Africa has a vast wealth of biodiversity that supports the production of ecosystem services that are essential for economic growth and social development. The integration between biodiversity, sustainable development and human communities is most relevant at the scale of local government. 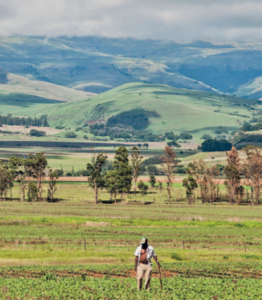 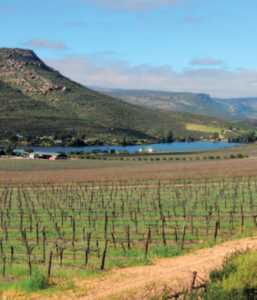 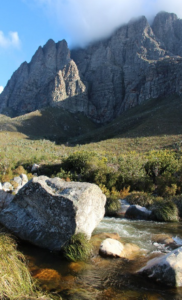 Municipalities are directly responsible for the provision of services to communities, including social and economic development and a safe, healthy living environment. Municipalities are also the foremost level of government responsible for land-use planning and decision-making. Legislation requires that municipalities develop Spatial Development Frameworks that enable them to make land-use decisions based on desired patterns of economic growth and sustainable development.

Municipalities however face multiple challenges relating to poverty, unemployment and service delivery. Limited capacity and co-ordination also results in ineffective environmental governance. In addition, provincial and national government departments have a mandate to regulate land-use and enforce environmental management legislation. Improved collaboration between these departments and municipalities will achieve better outcomes for biodiversity at the municipal level. The project supported municipalities to address these challenges, resulting in municipalities hey will be better able to perform their mandate for service delivery and biodiversity conservation, this has been key intention when identifying activities under the BLU project. 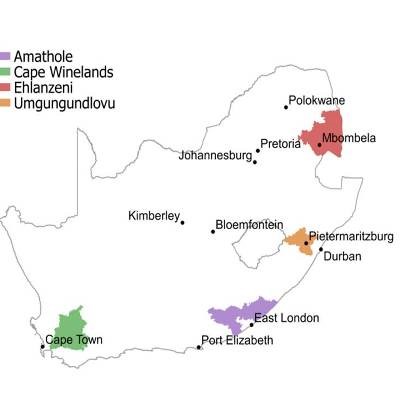 Amathole District Municipality is located on the south-eastern seaboard of South Africa. The municipality hosts high species diversity at the intersection of five different biomes. About 1.7 million people live within the municipality. The area is mostly under communal land tenure, with small-scale crop farming and open grazed livestock. Biodiversity and ecosystems are subject to pressures from spreading urbanisation, commercial agriculture and plantation forestry, overgrazing, mining, industrial activities and wind farms.

Cape Winelands District Municipality in the Western Cape is found between two globally recognised biodiversity hotspots, the Succulent Karoo and Cape Floristic Region. It has extraordinary endemism and diversity of succulent and vascular plants, invertebrate species, specialist insects, freshwater fish and birds. The municipality is home to 650 000 people. Much of South Africa’s wine is produced in the area, and it is also an agricultural centre for deciduous fruits and vegetables. Overconsumption of water, damming of rivers and water pollution has compromised the ecosystem functioning in this municipality.

Ehlanzeni District Municipality is located in Mpumalanga province. Over 70% of all South Africa’s vertebrates occur in this area, including a very high diversity of mammals and birds. The municipality has a population of 1.6 million. The tourism industry plays a central role in the district, with Kruger National Park as one of the major tourist destinations. Land in much of the district is the subject of prospecting or mining rights, and commercial forestry, urban and informal settlements are expanding. The municipality faces a number of challenges with regard to land ownership.

uMgungundlovu District Municipality in KwaZulu-Natal, falls within one of the most diverse corridors in the Maputaland-Pondoland-Albany hotspot. A large percentage of this district is comprised of high-yield water catchment areas, with numerous Freshwater Ecosystem Priority Areas. Just fewer than 1 million people live in the district, where there is mixed land use on commercial livestock farms and a strong emphasis on tourism. Extension of urban areas, major infrastructure and ‘ribbon’ development along the N3 corridor, are driving biodiversity loss. Water demand for the municipality and downstream users exceeds supply.